What we do » Case Studies » Jim and Mary Reid - Backhouse Wood

Husband and wife partnership, Jim and Mary Reid, have been the owners of Backhouse Wood, Kent, since early 2000.

Taking up approximately 70 acres of land close to the East Stour River, Backhouse Wood is an ancient woodland that has been in existence for over 400 years. 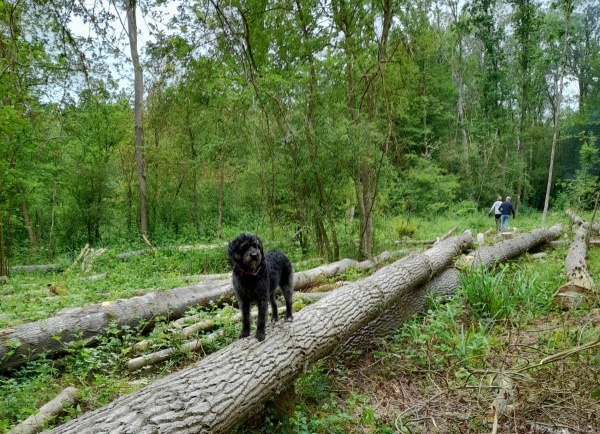 Jim said: “It’s a damp woodland on heavy clay and originally managed as a mixed coppice of hornbeam, hazel, field maple and ash.

“The wood has many ancient woodland indicator plants like herb paris, dogs mercury, bugle and ransomes. It’s also a PAWS - plantation on an ancient woodland site - and an SNCI - site of nature conservation interest.

“The wood was clear felled during WW2 and planted with Norway spruce, larch, scots pine and poplar for British Match. The conifer was grown for pit props for the Dover colliery industry.

“The woodland has a lot of ash and consequently ash dieback. I’ve learnt a lot about this and have given a couple of presentations to the Small Woods Association.”

The pair explained that the idea behind purchasing the woods was to restore it to a native woodland; however after purchasing the woodland the couple didn’t have sufficient time to manage it. Fortunately, they were able to employ Fountain Forestry to “advise and get major work carried out.”

“I was an international businessman based overseas for several years and only retired in 2011. My wife had been primarily caring for the family after giving up work,” said Jim.

After a couple of years they decided that they “probably had a better understanding of what was required for the management of an ancient woodland” and made the decision to take on the work required in the woodland themselves.

Additionally, having read a book called ‘Caring for Small Woods’ by Ken Broad over 20 years ago, Jim also came into contact with Small Woods after seeing an advertisement within the book pages which provided him with useful information on how to manage the woods.

“It was suggested by a friend and there was an advertisement for Small Woods - which I joined! The Small Woods information pack was useful, along with many other books such as Collins Tree Guide - which is great for identifying trees.” 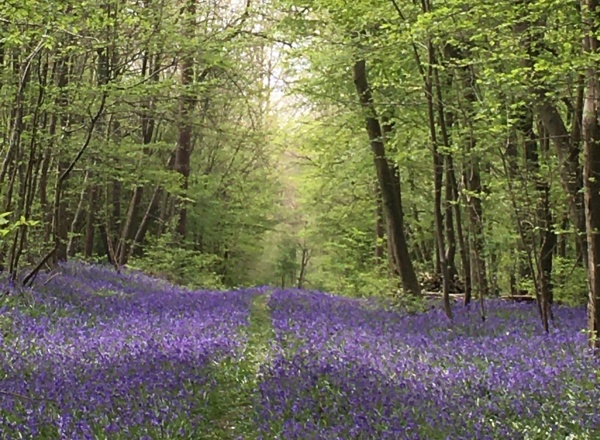 Upon describing a typical day in the woodland, Jim explains: “A typical day for us would involve arriving at about 8:30am and working until 12:00, three or four days a week. Myself and my wife do the majority of the work but we sometimes have help from friends and family.

“We occasionally have a couple of friends who help wth jobs of moving timber and brash. Pruning and weed control are essential around the young planted trees. There is an immense amount of work involved and although family like to visit they’re usually unable to assist with the work as we do most of this during the week.

“We did own a small tractor and flail which we kept in a locked container within the wood. Unfortunately it was broken into and the machinery was stolen. Now we always take equipment such as chainsaws and brushcutters with us in the car.”

Wherever possible, Jim tries to do things himself having attended a number of useful courses.

“I’ve done a couple of chainsaw courses and fell the trees myself. Anything from small hazel coppice to 130ft poplar with a base diameter sometimes over 1 metre!” he said. 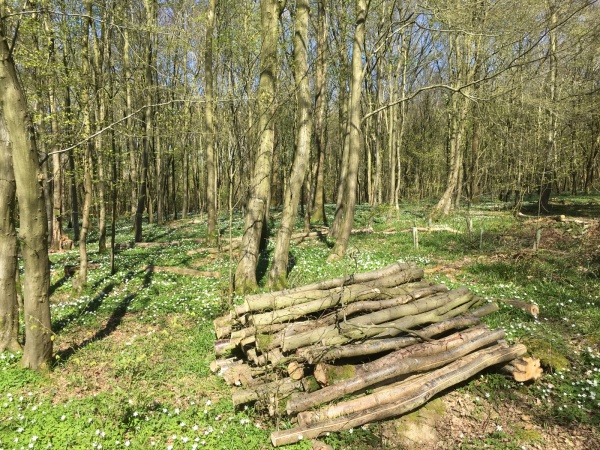 Alongside felling, Jim and Mary have a number of other ways in which they maintain the woodland.

“We allow a small rough shoot to use the wood which helps a bit with ride cutting, strimming paths through very thick brambles,” he said.

When discussing benefits of working in the woodland, Jim explains that there is far more than just the expected physical benefits - particularly during the Covid-19 pandemic.

“We certainly find working in the woodland environment beneficial for mental health, and physically too. We also allow a local primary school to use an area of the wood for forest school regularly and the children thoroughly enjoy their visits,” he said.

“Having access to the wood during lockdown was great as we continued on with our work. As we have a Higher Stewardship grant I received an email to say I was an ‘essential worker’. Small Woods also issued a letter to say woodland management could continue.”

Looking towards the future, both Jim and Mary hope to continue with their work for as long as possible to restore the wood to a native broadleaf woodland.

“Plant health and climate change will be an ongoing challenge and we’re always looking for alternative trees to plant should disease affect them.

“Depending on the area we are working, we may be coppicing hazel, removing poplar, thinning hornbeam and silver birch. I cut the poplar to 3m which goes to the biomass power station at Sandwich.

“I usually sell one to two lorry loads a year to them, however the cost of getting it from the wood to the roadside is an extra expense as I have to hire a man with a large tractor and forwarder.” 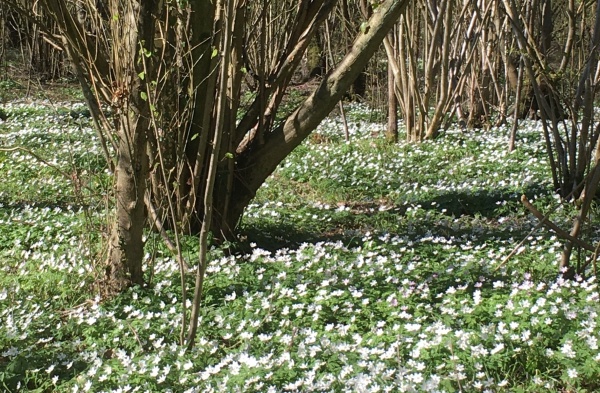 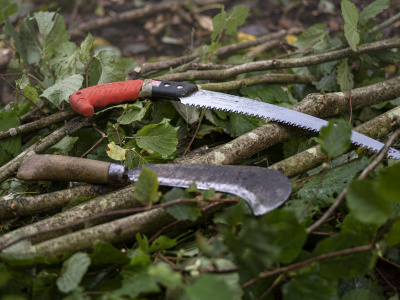 Explore all aspects for restoring a neglected and over stood coppice woodland in the beautiful setting of Westonbirt Arboretum. more...
Events
See All 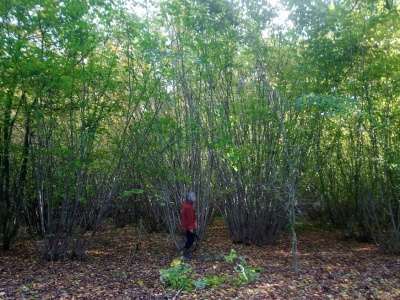 Rawhaw Wood is a SSSI, Ancient semi natural woodland, part of the Rockingham forest in Northamptonshire.
The day will focus on the restoration of neglected hazel coppice, on growing good quality hazel poles and maximising the economic, environmental and biodiversity opportunities within the wood.
Read More...