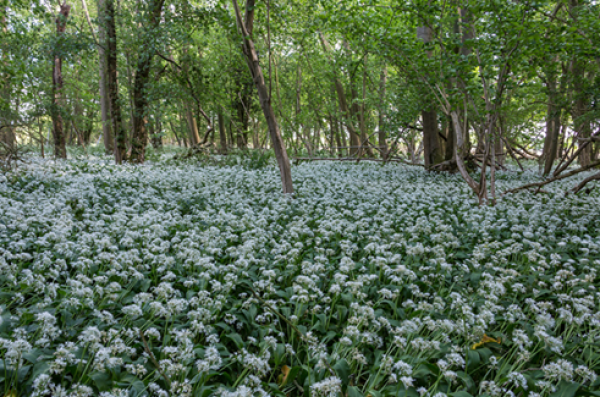 Working alongside a team of six, retired social worker Kala Nobbs explains the work that has been done towards improving 3.5 hectares of degraded ancient woodland.

Kala and a group of fellow wildlife enthusiasts came together in 2018 to form the Whepstead Wildlife Group in their village, Whepstead, near Bury St Edmunds, Suffolk. Together they share a passion for wildlife and its conservation.

Whilst the group of about 16 to 18 people continued with their regular activities sharing sightings of wildlife in the village and doing visits together to reserves, Kala had noticed that Cages Wood, the ancient woodland close to her house, had begun deteriorating.

“You can see the woodland from my house and I’d been seeing the wood degrading over the years. This is a wood that we know was documented as early as 1440! It is a County Wildlife Site notable for midland hawthorn.

“My neighbours who are now in their 80s own a small farm and that includes Cages Wood. It’s been in their family since the 1920s and very little has been done to it over the years other than some of the oak trees being taken out in the second world war to make jetties.”

Unfortunately, a policy of leaving the mixed woodland untouched eventually posed a threat to Cages Wood due to a gradual increase in the number of deer.

Kala explained how “there’s now huge herds of fallow deer...something like 100. It’s not uncommon to see 60 at once. We also see Roe and Muntjac.”

Whilst Kala described her elderly neighbours as private people, she managed to persuade them to have Suffolk Wildlife Trust to have a look at the woodland to see if her initial concerns about the wood were justified.

“They visited the woodland and said that it was in serious decline. They thought it may only have 20 years left. There was no understorey and no young trees. They explained that unless something was done to manage the deer the wood wouldn’t have a future. That hit home with the owners as they love the woodland,” she said.

After the news and the fresh permission from her neighbours, Kala and a six-member subset of the original wildlife group decided to see what they could do to prevent the woodlands' imminent decline.

“Through our contact with the Suffolk Wildlife Trust we got an offer of help from Suffolk County Council to trial half an acre of fencing in the woodland. It was a great way for us to demonstrate to the owners what fencing might look like and do for the woodland.

“We were in the middle of deciding which fencing to buy when we got an offer from The Woodland Trust to fence the entire wood. We had our first visit by Suffolk Wildlife Trust in August of 2019 and by early February 2020 we’d managed to fence the whole wood!

“With everyone’s agreement we used Heras panels, the sort used around a building site. This was because it’s portable, which was necessary as there’s limited access to the woodland meaning that we couldn’t use any machinery and had to do the fencing ourselves - and I’m the youngest in the group and I’m in my mid 60s!” 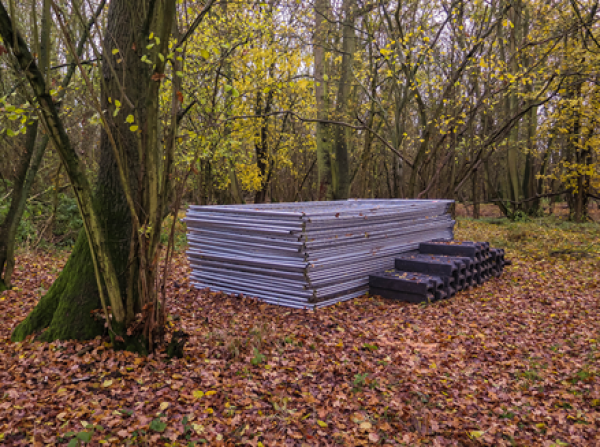 After fencing the woodland, the group were able to develop a work plan, identifying any key areas of conservation and creating opportunities to give back to the local community. Since then two areas have been coppiced, the ride widened and a glade created.

“Once we’d developed our work plan, we got a further grant to form a community fire wood project. We also got a grant from the district council to buy a log splitter and trailer. Since then, we’ve sold loads of wood to the community which pays for our insurance and equipment.”

The Small Woods Association played a fundamental role in helping the group get started with bringing the woodland back to its original state.

“Small Woods acted as our adviser and banker. They helped us find relevant insurers.

Alongside playing a financial and advisory role for the wildlife group, Small Woods also helped to provide essential guidance during the Covid-19 pandemic.

“They were very useful providing guidance on how the lockdown rules applied to us.

“As we provided fire wood we were considered key workers. Small Woods helped by providing a letter of confidence - although we never had to show it to anyone, it was good to have.”

Kala explained the woodland has had a huge impact on both her mental health and the mental health of her group, particularly during Covid-19.

“My husband and I are able to walk there from our own land. Our daily walk during lockdown was to the woods. Many others from the group took the opportunity to use the woodland as their daily exercise. We’d also catch loads of other people walking through on the wildlife cameras - luckily the owners didn’t mind!

“Walking and working in the woodland has been key for us during lockdown. It’s given us physical exercise out in the open air and companionship as we always make time for a tea break sitting on a log.”

Since Kala and the wildlife group have begun work in the Cages Wood, the woodland has seen a significant return in wildlife with foxes, badgers, rabbits and hares being just a few of the mammals that have returned to the wood.

Alongside a hefty mammal return, the woodland has also seen an increase in the undergrowth in the wood.

“When we started there was no undergrowth in the wood at all but now it’s really thickening up with big clumps of nettles and brambles which are likely to give us more caterpillars and butterflies.

“We’re lucky that someone had done a survey in 1988 of flora so we’re able to compare what’s survived, what’s been lost and what’s been gained.”

When asked what she’d say to somebody skeptical of getting involved with a woodland, Kala said: “I think I’d say go for it. Even just doing a little can help. You need to be prepared to make some difficult decisions and with a group of people that can get complex but if you’re on your own you need to make key decisions about the woodland such as making choices about deer or squirrel control.”

In the future, Kala hopes that the group will be able to return to their regular Thursday sessions, something that came to a halt with the coronavirus threat. She also aims to continue conserving the woodland, with plans to add more light so that it can be enjoyed in many years to come.

In the meantime, the group continues to become a more integrated part of the local community that enjoys learning more about woodlands and wildlife as they go along. 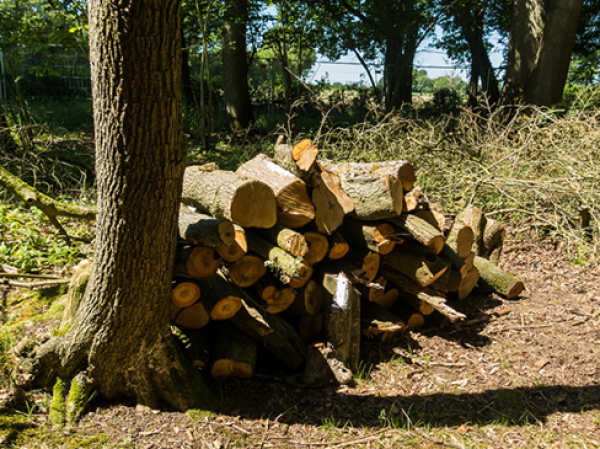 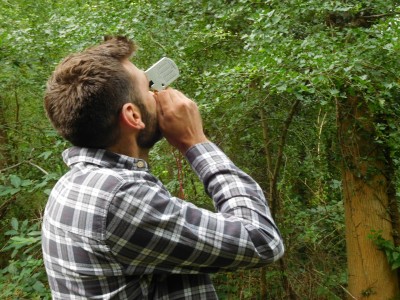 The course is designed to provide woodland owners, managers, agents and contractors the ability to calculate accurately timber volumes in standing trees, woodland compartments and road side stacks. more...
Events
See All 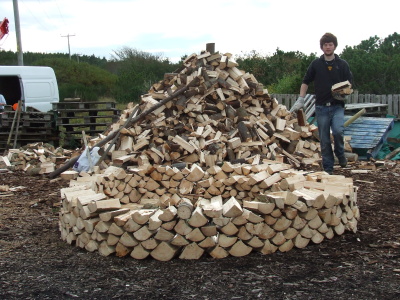 We have had a number of requests to repeat this workshop so, if you are producing small volumes of firewood and are worried about the new regulations which come into force this spring then why not come along. We will also provide an update on the new quality requirements if you own a boiler and are using your own firewood/chip for fuel. Read More...